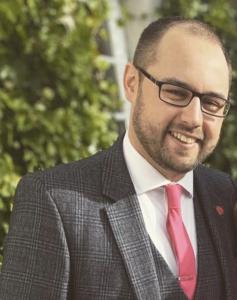 As I am sure you are aware the Federation of Piling Specialists (FPS) has decided to establish an Early Career Group, to look at two main subject areas:

1. to help and support emerging talent within the piling and geotechnical sector as they work their way up through their respective career ladders. Support would come by way of a series of meetings or seminars and I am pleased to report the first of these was held 16th December 2019.

2. Involving the next generation in shaping the future for the Federation and the wider industry

Some 17 members from across the full and associated FPS membership attended the event to hear Philip Hines deliver a talk on ‘Improving standards in the Foundation Industry’.

The talk was extremely informative and engaging beginning with an overview of Phil’s journey through the geotechnical sector. Phil also set the scene about the current state of the industry, which whilst positive in many respects is not immune to uncertainty and the issues facing the wider construction sector. Of course, the focus was very much on the FPS and some of the many current and upcoming challenges it is taking on and include the often-overlooked issue of mental health and wellbeing.

The most important part of the seminar was the post presentation discussion, where members were given the opportunity to participate in discussion topics including site investigation specifications and how the requirement for co-ordinates and datum levels are missed by clients when procuring it, even though this information is critical to designers and the wider digitalisation within the piling industry a priority for the FPS going forward.

Feedback from this first meeting has been very positive and it seems people are excited about having a platform to which their voice could be heard. Members explained how they had pride and respect from working for FPS members and that this message needed to be communicated to clients.

There was also agreement that the group could influence change within the FPS too, and future meetings will include some tasks/workshops such that the ECG can discuss key issues and put their points of view forward to the leadership of the FPS. Through David Major the ECG has a voice at all the FPS Quarterly meetings so it’s another reason for other members to come along to the next meeting on 13th February 2020 at 2pm and get involved.

It was raised that not all members of the group were aware of recent articles and information the FPS had published and this will be remedied going forward by widening newsletter distribution, encouraging social media following – Twitter / LinkedIn and the creation of a closed Early Careers Group LinkedIn page, which will be used to share information.

Early days for Early Careers Group, but if future meetings are as successful, then the initiative will be even more beneficial to those attending.