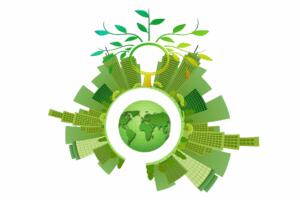 According to business consultants McKinsey & Company, the construction industry is directly or indirectly responsible for nearly 40 percent of global CO₂ emissions from fuel combustion and 25 percent of Green House Gasses (GHG). Whilst these figures are often disputed up and down by many percentage points, by any metric, it is clear construction is a major producer of GHG.

Whilst the UK government has passed its net zero emissions commitment into law, binding the UK to bring all GHG emissions to net zero by 2050, which has seen major projects such as the Heathrow Expansion scheme being successfully challenged on the basis of the need to reduce emissions, it is clear more must be done.

The Federation of Piling Specialists (FPS), as a significant sector within the construction supply chain recognises that it has a responsibility to take an active role in reducing GHG emissions from the work its membership undertakes.  Of course, this is challenging, not least because the biggest source of emissions is on site and are all from indirect emissions that occur in the value chain of the reporting company, including both upstream and downstream emissions. These Scope 3 emissions, as they are known, are from the use of materials such as cement. This alone accounts for an estimated 80-90% of the piling works’ emissions.

Decarbonised materials are clearly an essential part of the solution and low carbon cements are available to the market but are still not sufficiently recognised within the standards system for clients and insurers to accept them. However more action is needed in other areas too – upstream, a properly carried out ground investigation allows for the pile design to be properly optimised to reduce the amount of cement and steel and consequent emissions. This should reduce the risk in the project and the materials and associated costs as well.

There are many other areas where direct action can be taken to reduce emissions by a piling contractor. For example, using HVO (Hydrotreated Vegetable Oil) fuels and reducing the idling times of plant on site can significantly reduce the emissions from rigs. It would also be useful if there were standardised digitised records of piles which would help with their reuse on projects.

Immediately, one of the first steps is to measure the amount of carbon being produced on site. The EFFC/DFI’s Carbon Calculator for foundations allows contractors to establish their carbon footprint on site and determine a benchmark against which reduction can be assessed and where the carbon intensity is within a project. This measurement then becomes the ideal starting point for reducing carbon through the many choices that can be made during the running of the project, from small items such as optimising deliveries to reduce waiting with engine running, through to examining where materials are coming from – and other logistical tweaks etc.

Against this backdrop the FPS plans to mandate that all projects over £1m in value require EFFC/DFI Carbon Calculator calculations to be submitted. And for projects less than this the FPS is considering a simple ‘rule of thumb’ calculation that can be applied to give an approximate carbon value.

Longer term this obligation will be included as an FPS audit requirement and it is likely to see the FPS adopting carbon reduction practices as they are identifying with the possible introduction of collective GHG reduction targets to meet the net zero by 2050 target.

The challenges facing the construction sector are enormous, but the FPS is working hard to play its part in reducing GHG and meet that fast-approaching net carbon zero figure by 2050 and will actively engage with all sectors to ensure this target is met.