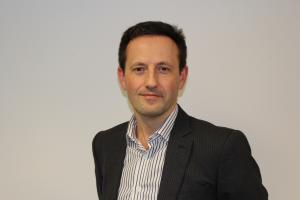 As far away as the vote to exit Europe is, it seems Brexit is never far from the news these days as the various sides position themselves in the many negotiations, keen not to be seen to be yielding much to the other. Ever the optimist, I am sure both sides will see sense in the end – UK plc is simply too important to the EU economically and vice versa for there not to be an effective and workable solution. I am equally sure issues such as migratory labour will be resolved to help the sector’s continuity at a time when the skills shortage issue is beginning to show its hand and the very least FPS can do is make enough noise to ensure its members’ opinions count! Fortunately, the piling sector is pretty robust and whilst not immune by any means to the fragility of the economy and political winds it is coping well, and the many infrastructure projects under way or planned should at least help maintain this status.

And talking of opinions, we’ve also been quite visible in the press recently. The issue of working hours and its effect on employee wellbeing as well as productivity was widely covered and if research is to be believed, is something we should be taking a little more seriously. The FPS’s concern over the construction’s sector’s readiness for the many Infrastructure was also voiced and has been echoed by many since, particularly the lack of available skills. I’m sure this issue will be raised again.

Of course, I can’t really write this blog without passing some comment on the recent demise of Carillion. I sincerely hope that this has had minimal impact on all FPS member businesses, but it does draw attention to the issue of retention, a topic which the FPS has long lobbied for change. The abuse of retentions causes significant issues across the supply chain and its abuse (including late and non-payment) has never been more apparent. It must be urgently addressed, and it is good to see retentions back on the legislative agenda. The FPS, together with many other industry bodies, has long called for the introduction of legislation, such as that which exists already in parts of Europe, to ensure that cash retentions are protected from insolvency risk and released on time. The FPS endorses the joint Build UK/CECA Retention Roadmap towards eliminating cash retentions in the industry by no later than 2025 as part of our consistent support for responsible commercial practices in construction.

The Winter 2018 FPS eNewsletter has recently (14th February 2018) been distributed to FPS members, if you’re an FPS member who hasn’t received your copy, please contact fps@fps.org.uk requesting your details to be added to the distribution list.