Confronting our Prejudices – How Ground Engineering can act on Racial Diversity 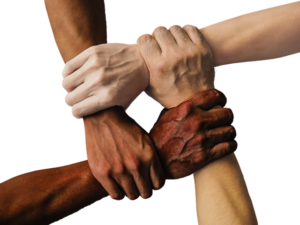 Our country is led by the most diverse cabinet in the nation’s history with non-white MPs Alok Sharma, Rishi Sunak, James Cleverly, Priti Patel, Sajid Javid and James Cleverly having held key roles since the 2019 election. However, we cannot proclaim to live in a post-racial society in the UK. We may not have witnessed the polarisation of society in the same way that the United States has in the wake of the killing of George Floyd and the Amy Cooper incident, however, it is less than two years since the national debate precipitated by the very open abuse of Raheem Sterling by Chelsea fans at Stamford Bridge took place. It’s difficult to believe that attitudes have changed fundamentally during this time and it’s reasonable to assume that its prevalence is at least as strong within the foundation industry.

For many of us the choice of equality over racism seems obvious but to what degree are we conscious when our behaviours display prejudice or stereotyping? When my friend Ebenezer Adenmosun, an experienced black Chartered Civil Engineer who runs his own geotechnical consultancy, entered the building of the Institution of Civil Engineers, he was challenged as to why he was visiting the building. This wasn’t the problem; he was happy to show his membership badge but why had he been singled out when other well-dressed individuals like him hadn’t been challenged? Ebenezer quite reasonably perceived that it was because of the colour of his skin. Another subsequent event at the same location reinforced his belief in that diagnosis when he was approached by two young graduate engineers who thought he was a security guard. These anecdotes are reflective of an endemic problem – that of stereotyping due to unconscious bias.

Of course, prejudice is not always as subtle. The brutal murder of black teenager Stephen Lawrence in 1993 by a racist white gang and subsequent mishandling of the police investigation led to Sir William Macpherson’s public inquiry in 1999. That report concluded that institutional racism had led to “the collective failure of an organisation to provide an appropriate and professional service to people because of their colour, culture, or ethnic origin. It can be seen or detected in processes, attitudes and behaviour, which amount to discrimination through unwitting prejudice, ignorance, thoughtlessness and racist stereotyping which disadvantage minority ethnic people”. The report described the workplace culture that supported the status quo, so, does construction have the same problem?

In 2009 The Equality and Human Rights Commission carried out its own inquiry on race discrimination in the construction industry. It noted that numbers of non-white construction workers were not improving and that they were particularly under-represented at managerial levels. It stopped short of the inflammatory language of the Macpherson report, but similar problems and solutions were evident. They proposed the following ways forward:

• Prominent leadership from industry heads and professional bodies, pulling together the different drivers for racial equality in the industry
• Promotion of good practice through the Sector Skills Bodies
• Diversifying the supply chain – public bodies should monitor their current supplier base and set targets to encourage more ethnic minority-led businesses to tender for opportunities
• Increased participation of ethnic minority trainees on work-based learning programmes and apprenticeships
• Development of an industry standard for equality monitoring in both the workforce and membership bodies
• Ongoing evaluation of positive action campaigns and feeding back impact to the sector and the public, with prominence given to ethnic minority role models

Little progress in rectifying this problem has been observed in the last 12 years since the report was written. Unfortunately, following the completion of a STEM subject at University, BAME persons are still 2.5 times more likely to be unemployed than their white counterparts. For trade apprentices the statistics are much worse as BAME persons are 5 times more likely to be unemployed.

However, there is no time limit on doing the right thing. The FPS, via its association with the Ground Forum and Construction Industry Council, has been involved in producing the inclusive www.roadmapforchange.org.uk website. This provides resource tools for individuals and businesses in the built environment looking for career opportunities and best practice guidance. At the FPS itself, we are speaking out for equality and support has been overwhelming. The mentoring scheme, which is designed to support under-represented groups such as BAME, women and LGBT, has already established a large group of volunteer mentors and generated interest amongst potential mentees. This is intended to be complemented by internships, and placement programmes. Additionally, whilst we might not witness the segregation against which Martin Luther King Jr and so many others fought against in the US, we do need positive action. This is to facilitate those informal networks which inherently support white males and ensure that they are available to all. Ultimately, we hope to form peer networks which can further enable a critical mass of women and non-white workers to improve the poor statistical representation previously mentioned in this blog.

There is also the issue of the stark absence of BAME persons in senior positions within our sector. Not just because it reflects the failure of the industry to confront this over many generations but that it also undermines its ability to facilitate future opportunities by structural changes and self-visualisation.

Importantly, the FPS has been surveying its members for the last couple of years to better understand the demographics of the industry’s workforce. Overtime we will be able to understand the impact that our initiatives are having on the recruitment and retention of various groups. Consequently, we can adjust our activities to focus on areas requiring growth.

Within my own business, Central Piling, we have paused to reflect on our failure to attract and retain staff from the under-represented demographics. We have eschewed the traditional practice of asking employees if they have any friends or family that are looking for work in favour of an approach with widespread advertising of all positions. Rather than deferring to subjective decision making, we have introduced a scorecard at selection and interview stages to help ensure equality. The Institution of Civil Engineers also produced some excellent unconscious bias training which we have also been able to utilise within some workshops. This was enlightening for many people who weren’t aware they carried certain prejudices that they had been socially conditioned to hold because of their environment.

In Reni Eddo-Lodge’s excellent, Why I’m No Longer Talking To White People About Race, she stated “Change is incremental, and racism will exist long after I die. But if you’re committed to anti-racism, you’re in it for the long haul. It will be difficult. Getting to the end point will require you to be uncomfortable.”

For those of you reading this that have been motivated to address discrimination, one of the first things to do should be to ask your BAME friends or work colleagues how they are feeling at this time. People must also be prepared to talk to others about barriers to diversity and inequality in all its forms directly. It is also important that we accept there is a problem, which will lead to very difficult conversations which may result in awkwardness or people feeling uneasy. But with a change for the better that feeling will pass and, in many situations, what will be left is a better understanding of how for instance the impact of careless stereotyping and words of prejudice can be harmful.