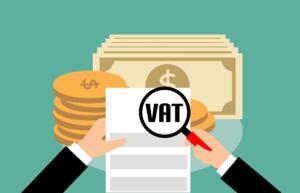 The Federation of Piling Specialists (FPS) is supporting Build UK’s calling for the withdrawal of the ‘VAT Reverse Charge’, which is due to be introduced on 1 March 2021.

Value Added Tax (VAT) was born in 1973 and plays a large role in providing revenue for the government in the UK. It is a consumption tax that is added onto a product or service that increases in value at each stage of production or distribution. VAT Reverse Charge, as it is known, means that in many cases customers will now charge themselves VAT and pay it directly to HM Revenue and Customs (HMRC) rather than the supplier sending them an invoice at a later date. This VAT recharge will be enforced for businesses that provide services to other businesses, which will then sell on to a consumer. It will not be implemented for businesses who are providing a service directly to the consumer.

The reasoning behind the VAT Reverse Charge is to prevent suppliers from avoiding paying HMRC, also known as missing trader fraud. Whilst this is an important objective the proposal puts significant additional pressures on businesses and particularly on subcontractors, a role that our members often fill. Subcontractors receiving goods e.g., concrete will have to continue to pay these costs with VAT added but, in many cases, will no longer recover this cash outflow by charging VAT to their clients. Rather the subcontractor will have to report it to HMRC in his quarterly returns and await repayment from them. This delay along with the increased administration upheaval puts a considerable additional burden on our members at a time of widespread remote office working and potential increased absence levels.

The FPS therefore strongly agrees with Build UK’s main concerns, namely, it restricts the cash flow of companies throughout the construction supply chain and will undermine the recovery and growth of the construction sector, which has been recognised as vital to the wider economic recovery.

To ensure that the Chancellor, HM Treasury and HMRC fully understand the impact of Reverse VAT, Build UK will be launching a campaign Monday 1 February, calling for the withdrawal of the legislation.

As a Trade Association member, the FPS will be adding its weight to the campaign and highlighting its concerns via BuildUK as well as through its own communications channels.